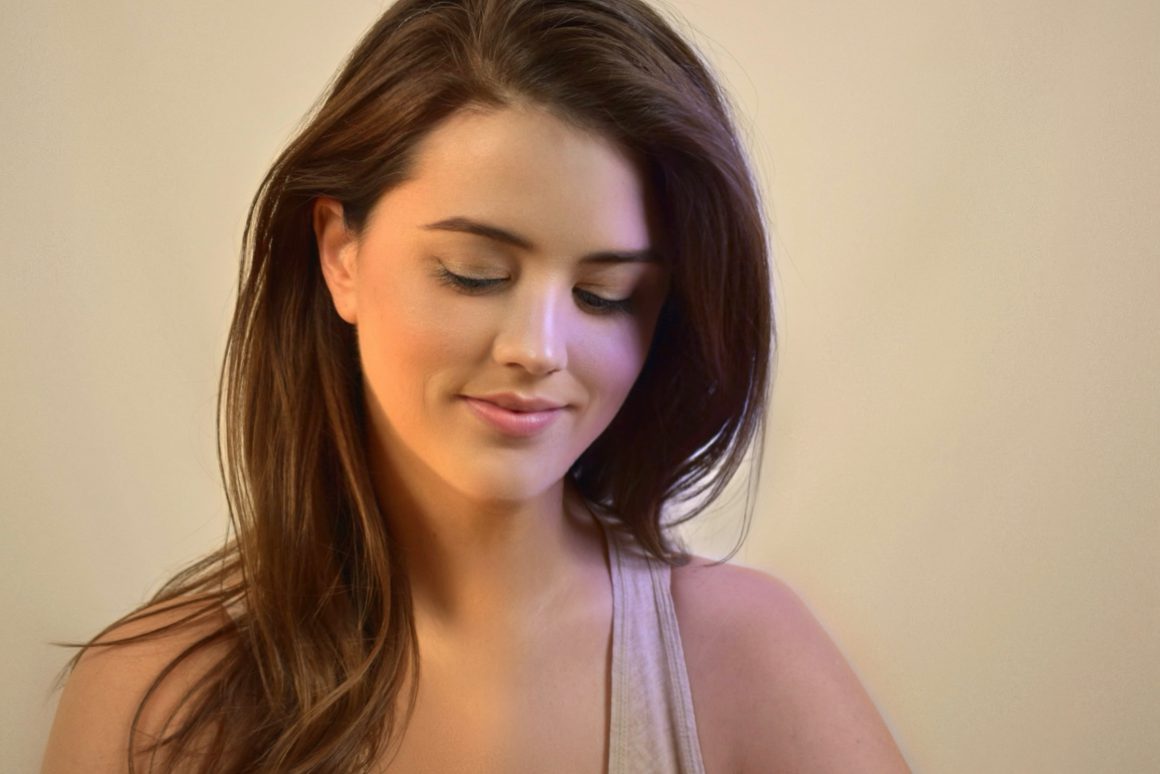 As many of you know, I find therapy to be incredibly rewarding and helpful. I’ve pretty much had a standing hour-long appointment with my therapist every week for the past two years, and it’s been such a comfort to me and become an integral part of my health & lifestyle. My therapist recently had a baby and took a six week maternity leave, and I was so nervous at first that I wouldn’t have access to her for so long. The time has flown by, and I’ve really felt a sense of freedom realizing that I am also fully capable and complete on my own. Therapy no longer feels like something that I absolutely consistently need to function anymore, but it is because of the many lessons and tools that I have learned that I can continue to grow and heal.

I plan to continue with my therapist now that she’s available again, and I still highly recommend therapy to absolutely anyone and everyone. We all carry a lot of baggage and it is so incredibly healing and empowering to work through it bit by bit with a therapist. They’re like mental Marie Kondos, helping us to clear the unnecessary and outdated/outgrown while helping us rediscover what truly sparks joy.

Here are three of the most important lessons that I’ve learned from therapy that I think almost everyone can benefit from:

I think that self deprecating jokes can be really funny, but I also think they’ve kind of permeated our consciousness to the point that we often say things to and about ourselves that can be damaging over time. Jokingly calling yourself dumb or stupid in passing for things like forgetting your keys (or calling yourself “fat” after eating a big meal) seems harmless, but anything repeated often enough can seep into your subconscious. Be careful with even what you joke about sometimes.

Try giving yourself a nickname! Rob and I have been together for over 15 years now, and he has called me “cutie” for the majority of that time. It’s so sweet and fun, and hearing it always instantly brightens my mood. It turns out that if you hear something consistently enough, it sticks with you. I was working on my computer at the kitchen counter while Rob was making dinner the other day, and I was having a really hard time figuring something out. Without thinking, I said “You can do it, cutie!” out loud to myself and it was so earnest but hilarious that we both burst out laughing. How sweet is it that I now identify as that thanks to him? I don’t struggle a lot with self-confidence or self-worth lately, and I know that a huge part of that is due to the intense, consistent, and unconditional love that my partner shows me–and more importantly, has taught me how to show myself–every day.

If you don’t already have a nickname you love, try coming up with and calling yourself something positive in the mirror and do it often. It’s the little consistent things we do and say that end up sticking with us.

*This lesson was taught to me by Rob, but my therapist helped point it out and encouraged me to celebrate it. It ties into a concept called reparenting, which is exactly what it sounds like. Reparenting and boundaries are two other incredible lessons/tools I’ve learned via therapy and want to share more about them as well!

#2 Your Negative Inner Thoughts/Voice Might Actually Not Be Yours

I recently spent some time with someone who was super judgmental about strangers (like look at that outfit! And did you see her hair??) and it was so strange but also familiar. As a child and even after high school & college, I always had a habit of joining in on gossip. The older I got, the more uncomfortable I felt gossiping, but I kept participating in it because it was a way to connect to others. The thing is, when you are talking with someone about other people, you know that the other person is most likely turning right around and saying the same things about you.

Growing up in the South and in a close community, this was just a behavior that I learned by being exposed to it as a child. The women & other girls I learned it from simply did it because it’s what they were exposed to as well. The gossip around me was never malicious or particularly mean-spirited, but it affected me in other ways. It manifested as self-consciousness and an “inner voice” that was essentially me imagining things others could/would say about me. Having strong feelings and making comments about the appearances of others is, after all, a reflection of how we view ourselves.

I did have one friend who was pretty mean about others, and although I really cared about her and felt close to her, our relationship hasn’t lasted for this reason. Spending so much time and energy thinking and talking about others (often in a teasing or negative way) isn’t just unappealing, it’s unhealthy in many ways. It affects how we think/talk about ourselves and it absolutely affects our relationships (and especially children) whether we notice it or not. When you think something negative or really judgmental about yourself or others, ask yourself if that voice really feels like yours. For me, it didn’t, and it’s been so liberating to watch it slowly disappear.

#3 Your Subconscious Beliefs Are Stronger Than You Think

My first major breakthrough with my therapist was when she suggested that my anxiety was actually based on superstition. Ever since my first panic attack/immediate submergence under the weight of the term “anxiety” and all that it carries today, I thought it was just who I’d become. I’d been to doctors and therapists who offered me prescriptions and diagnoses for a disorder and/or chemical imbalance that seemed like a fixed, defined, & unchangeable mental state.

At the same time, I had a conscious observation of/was a willing participant in small superstitions. I thought they were kind of fun and cute. Like if I had a nightmare, I’d change my pillowcase or wouldn’t wear the same pajamas to sleep the next night. I’d just try to do a little something different make sure I didn’t have a bad dream again. (This sounds so weird to me now, but it really was just something I did and didn’t think twice about!) I was occasionally interested in things like horoscopes and crystals, and I really dug in with AIP (a version of the paleo diet for people with autoimmune diseases) since it’s not just presented as a diet, but as a “cure”. These might have truth to them (prob not the nightmare thing, haha), but giving external things so much power over us usually weakens our own.

As I began exploring and questioning where my anxiety was coming from in therapy, my answer was often something like “similar situations have gone badly for me before, so this one won’t go well either.” Or there’s this common idea of things being “too good to be true.” With AIP, I was scared to eat certain foods because “they cause inflammation and are the root of all disease” (according to certain doctors and the diet’s founders and fans). So these ingrained beliefs were influencing my consciousness to the point of me getting so anxious and everyday things began stressing me out.

When my therapist suggested that my anxiety was rooted in superstition, I was like wait, what? And then it clicked.  Just looking at things plainly, the act of worrying about the future is in a way superstitious because you can’t truly predict what is going to happen. Also, I was forcing connections between things that might not have actually been connected.

According to the Dept of Psychological & Brain Sciences at the University of Iowa, “Superstitious behavior arises when the delivery of [a response] occurs close together in time with an independent behavior. Therefore, the behavior is accidentally reinforced or punished, increasing the likelihood of that behavior occurring again.” For example, as I was eliminating/reintroducing foods while on AIP, if I had a stomach ache on a day that I ate chicken, I’d assume that I couldn’t tolerate chicken. Honestly though, there is no definite way to know why exactly my stomach hurt that day. I forced the connection because of how the AIP diet is presented (demonization of foods, hypervigilance around health, etc.). Similarly, just because I was really anxious or felt dizzy at a dentist appointment once doesn’t mean that it will happen every time (or ever again!). So I was creating connections between places/situations and any negative reactions or experiences that I had, and that was creating and sustaining my anxiety. I’m working on not being so superstitious and trying not to be so reactive to external stimuli now, and I’m so grateful for this insight I’ve gained about myself.  I truly don’t think I would have had this realization if it wasn’t for therapy.

These three lessons have helped me establish a much healthier and happier baseline for my mental health. I feel more aware and conscious of my thought and behavior patterns, and I am so excited to continue this work. Establishing this baseline of awareness has allowed me to move deeper into healing with more tools like creating boundaries, body awareness, and self soothing, and even though it’s often difficult, it’s been a rewarding process so far. Before starting therapy, I would often seek external validation and permission for so many things from health to relationships to even understanding my own thoughts/feelings sometimes. As I’ve progressed, my therapist has slowly and gently begun withholding her opinions and acting more as a sounding board and safe space for me to work things out on my own. She offers occasional direction and guidance, but it is mostly a self-led process that has empowered me with so much confidence and knowledge. It’s no surprise, actually, that I’ve done so well these past few months without her and on my own.

I still say that I don’t know if I’ll ever get to the place where I think that experiencing panic attacks & anxiety has truly been a blessing, but I am determined to use my experience in some positive way. For those of you who may be starting out feeling anxious—and for all of you who have been dealing with anxiety for a long time—I know exactly how you feel and can absolutely promise that it does not feel impossible forever. 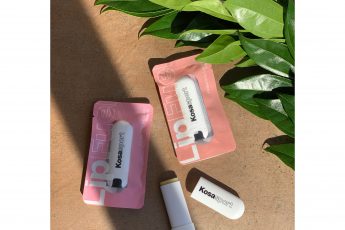 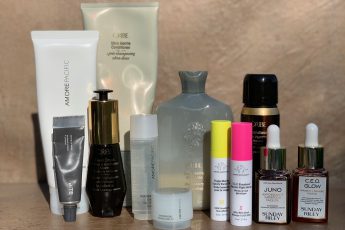 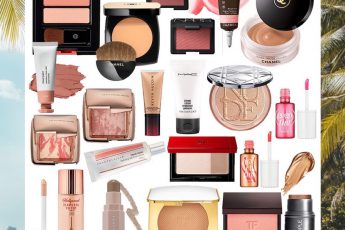 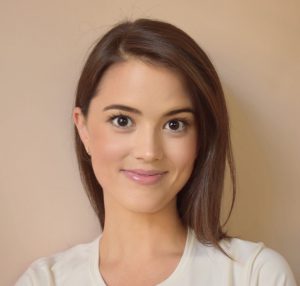 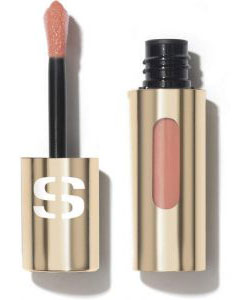 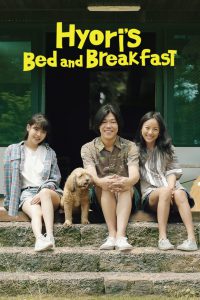